There is no doubt that the rising price of higher education has become a concern of politicians, but is the solution to make it free? The College Board recently reported data indicating the published price for tuition, room and board has increased an inflation adjusted 10% over the past five years. At a typical public state college students faced a $19,548 price tag in 2015. Those choosing a private non-profit school are swallowing an average of $43,921 per year for tuition, fees, room and board. Even after accounting for institutional tuition discounts, grants and federal tax aid, the net prices continue an upward climb.

Many students rely on student loans to cover their college costs. One analyst estimated the class of 2015 is expected to produce graduates with an average student loan debt of $35,000. This is up from just under $30,000 in 2013. Despite the mounting debt, a college education does provide an economic payback. A 25-year old with a four-year degree in 2013 was expected to earn 65% more over a lifetime then his/her peer with only a high school degree. A college education also provides an important developmental function for young adults, as they develop a network of friends and relationships that last a lifetime with both social and economic benefits.

Making college more accessible and affordable is a noble goal, which includes advancing lower-cost options. During the 2016 election cycle one Presidential candidate has advocated for a tuition-free public college education for all qualified students. Senator Bernie Sanders proposed to pay for free college education model by taxing equity and bond trades, calling it a “Robin Hood Tax on Wall Street.” Other candidates suggest his plan is unworkable.

In an article titled, “Making College ‘Free’ Will Only Make It More Expensive” author Anne Bradley reminds us that there is such thing as a free lunch. “Making college free of charge doesn’t make it free to provide,” claims Bradley. Someone has to pay. She goes on to argue that making college free actually makes it more costly to provide as more people will consume college who are neither interested, prepared nor suited. Some will persist, but many will taste and then withdraw or drop out. This follows economic logic born out in experience: overconsumption drives up costs and ultimately leads to scarcity. Hence, taxes are increased to redistribute income to many who drop out and never benefit, input costs rise and suppliers leave the market. This is not an efficient model. Prices provide important signals to the market regarding relative scarcity of an item.

Bradley concludes that market-based competition among suppliers and innovative solutions are more efficient at allocating education resources. “That means opening more universities or providing professional certificates and vocational schooling. This competition will also drive down prices of higher education over time,” concludes Bradley.
Some of the emerging innovations that lower the total cost of higher education include dual-enrollment and competency-based education. Dual enrolled students earn college credit while taking certain high school courses taught by college professors. Competency-based models allow students to earn credit for what they already know, enabling them to graduate sooner and with fewer courses for which to pay tuition.

Competition, innovation and entrepreneurial initiatives from suppliers of college credit, combined with a more knowledgeable and savvy consumer of the college experience are the forces that will make higher education more affordable. Making college tuition free through government subsidization will lead to less innovation as it will entrench the establishment. It will also cause budgets to bloat, bureaucracy to expand, and ultimately increase scarcity. A system of a college education free to the student, will end up with the payer—in this case the Federal Government—deciding who gets to go to college and what is taught. 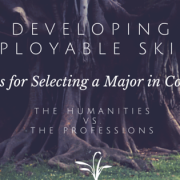 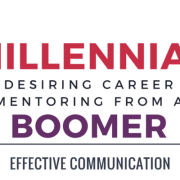 A former student recently contacted me asking for career advice. She is working in public accounting as an associate at a top ten firm. Passing all her CPA exams on her first try, she is a rising star at her office with excellent performance reviews. She called to ask my opinion about how to communicate with her career coach. “I plan on telling my coach what I want out of my career. Either the firm needs to meet my needs, or I’m going to tell them I have to look for another company,” she said. Continuing, “My coach happens to be my direct report manager and is also a friend.”  It was clear this alumna’s goals included looking for more opportunities that offered a more stable work schedule and cross training in another line of business with the firm. She also displayed characteristics typical of millennials in the workplace: needing to be heard, asking for structure, seeking purpose, and desiring friendship.

Being from the Boomer generation myself, I felt her approach was a bit too direct and self-oriented. So, I provided her with the following tips:

I love working with and mentoring millennials. They keep me feeling young and idealistic. A week later, I spoke to this alumna. She was excited to report that her conversation went well. She was offered an opportunity to transition to another line of business that met her needs. Her coach reinforced the firm’s commitment to help millennials build their careers.

The National Commerce Foundation recently published a great research-based resource regarding millennials and career development. For more information you may download at: